On October 12 and 13, Task Force 508 of NATO’s counter-piracy Operation OCEAN SHIELD conducted training with Somali Coast Guard personnel. The training took place off the coast of the town of Hobyo, and marks the first time Somali maritime forces have been trained in their territorial waters. 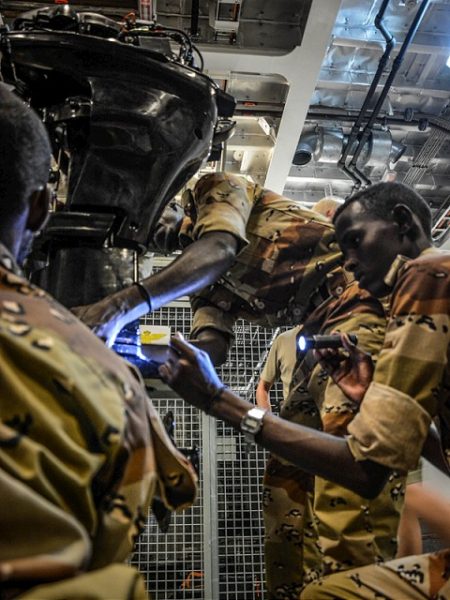 “The dedication and willingness to learn I have seen these two days has been outstanding,” said Commander Rasmussen. “Through years of naval presence and cooperation, the international community has contained piracy in these waters. However, in the long run the best solution is for Somali authorities to be able to suppress the maritime crime themselves. Today we have taken an important step in that direction.” 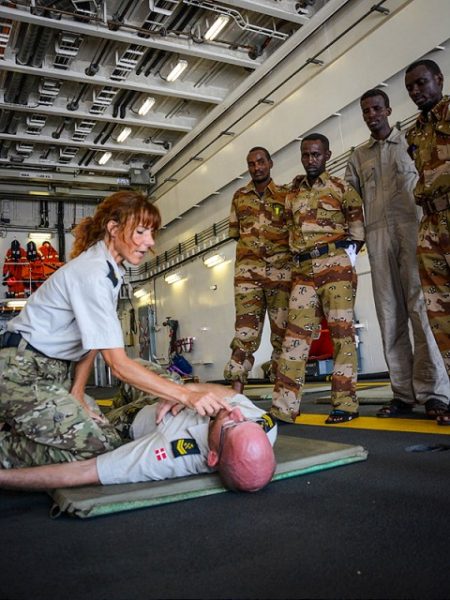 The Coast Guard trainees, hailing from the Galmudug Region on Somalia’s east coast, were trained in criminal investigation procedures, first aid, and motor engine maintenance and repair. There are a number of specialists in these fields on board ESBERN SNARE.

“We could see that the pupils came with proficiency already obtained from training with other international units,” said the manager of the two day course, Lieutenant Heino Kristensen. “We were able to build on this and heighten their skills.”

The graduation ceremony on board ESBERN SNARE was honoured by being attended by several senior members of the local authorities, including the Vice Governor of Galmudug and the Vice Mayor of Hobyo. 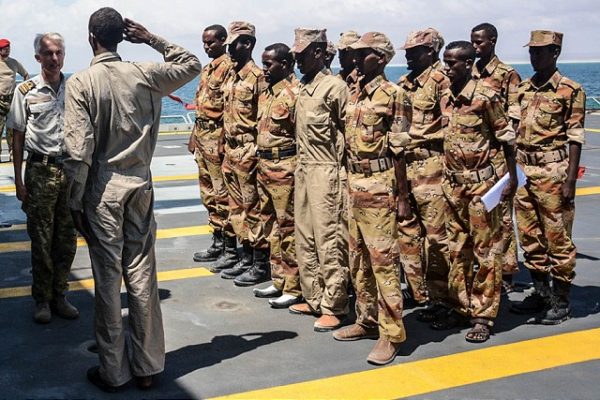